Makalu is the fifth tallest mountain on earth. A close neighbor to Mount Everest, it lies in the northeast region of Nepal. Makalu means the Great Black One, so called due to its dark brooding appearance. Still, it is relatively less attempted mountain. So far, the number of individual climbers who have attempted Makalu is only some 300+. Therefore, if you wish to attempt Makalu, you need to have a lot of mountaineering experience including one attempt on an 8,000m. The first attempt on Makalu was made by an American team in 1954, but it was first climbed by a French Team in 1955. The mountain has two important subsidiary peaks.

Makalu has steep pitches and knife-edged ridges. The final ascent of the summit pyramid involves a technical ice and rock climbing. The route to Makalu Base Camp (4823m) involves a sustained steep slope with magnificent views of Makalu (8481m) to the north. Climbing Makalu is really a demanding attempt – it’s also the reason why Makalu has not been attempted like other peaks. From a base camp at the foot of the Chago Glacier, we will use 4 camps on the mountain, including camp 3 on the Makalu La at 7,400m and a high camp on the North Face at approximately 7,800m.

DAY 02-03: At leisure in Kathmandu Sightseeing and Preparation for Makalu Expedition
4

South East Base Camp to Makalu North Ridge Base Camp
15

Pack Up BC Ready for Departure
52

At leisure in Kathmandu
60

Transfer to Airport for your farewell 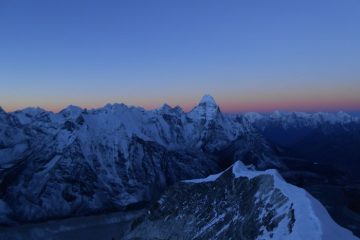 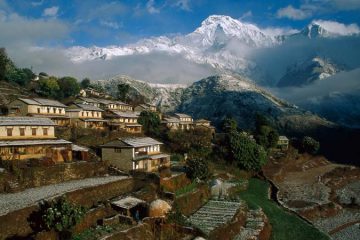