Lying between greater peaks of Lhotse and Makalu at the epicenter of three glacial valleys – the Barun, the Imja, and the Hunku – Baruntse was one the early Himalayan peaks recognized by Edmund Hillary’s team for climbing east of Everest. The summit was first reached by Colin Todd and Geoff Harrow in 1954 via the southeast Ridge. The peak is crowned by four summits on four ridges with a high rate of successful ascent on normal route via South Ridge. Despite being a 7000’er, Baruntse Expedition involves various 8000meter climb components, thus offering itself as an ideal training peak for higher climbing.

The steep sections of ice at 50 degrees and a prominent ice cliff at about 7,000 meters make the southeast ridge of Baruntse a difficult climb. The route via Lukla, the Mera La, and Hinku Valley offers a more accessible alternative. Therefore, we will attempt a more popular and accessible route via the south ridge with the opportunity of acclimatizing at the Mera Peak (6476m/21,246ft). Two high camps above the Base Camp – camp I just below the East Cool at an altitude of 5,700m and the camp II on the southeast ridge at a height of 6,420m.

We provide all camping equipment and gear, including tents, dining, toilet, and kitchen tents. At Base Camp we have a large mess tent equipped with all necessary kitchen gadgets including stoves, tables and chairs. Meals are prepared by our trained and experienced expedition cooks. We make sure that the food we provide is hygienic and at the same time suits your palate. We offer all varieties of food including continental and local Nepali/Tibetan items. Breakfast includes porridge, egg, bread, etc. Some of the items in the lunch include rice, lentils, beans, green vegetables, chapattis, bread, and tinned meat and fish items. Fresh or tinned fruit and tea or coffees make the desserts. For the main meal, you can choose your own menu – either local or western varieties. Local varieties include from the local Daal Bhat, yak stew, MOMO to the western burghers, pastas, sandwiches, and pizzas.

During the actual mountain climbing, we mostly use dry or dehydrated foods.  We will also have things like chocolate, cheese, nuts, and muesli items.

Rest and some Hiking to Charpate Himal Glacier
10

Rest and Pack up day at the Baruntse Base Camp
29

Lukla Fly back to Kathmandu
35

Transfer to Airport for your farewell 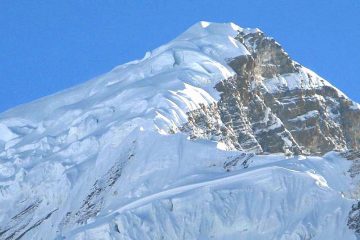 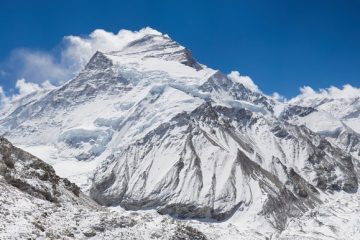 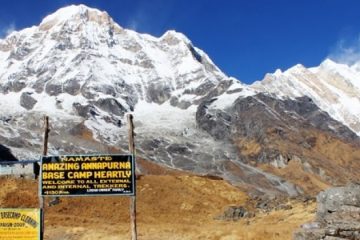